Let me take you a tad back to the early 2000s when the impact of telephones and similar technological gadgets were still at the minimal. In those days,the intimidation people got from life came from cravings for what ‘people you know have. I mean,you see most or some of their struggles and what they’ve achieved from it and you crave or covet what they have which is a very understandable human nature. Back then,life was pretty much simple. I mean,the problems and consumption that advanced technology has brought with it was nonexistent.

Now,do not get me wrong, inventing phones is a blessing to mankind. Starting from communication boost and prevention of certain ills just by by putting out a call to the view of the larger world just on screen. I won’t leave out the enhancement of learning and knowledge acquisition too ,amongst a lot more,that is.

But the bone of contention here is this,those good outcomes didn’t come as just good outcomes, i mean,must there always have to be a bad side to every good?
The rate at which people get addicted to their phones,iPads and laptops is so appalling!
People practically put out their whole lives into these gadgets.
Sometimes, i feel like their beings are no longer in the physical but in the micro chips making up the motherboards of these gadgets.
The addiction to certain features on these gadgets are so great that they imprint so much on the human being to the extent of making the real world seem bland. It feels like life without phones is a black and white picture, colorless and uninteresting.

Now,let’s analyse the advent of cyber crimes…all from these gadgets too!
It’s definitely frequent use and the thoughts generated from them that has bred the thought and act of duping a fellow man!
These cyber crimes have eaten deep into the society so much that they are gradually becoming a norm. People basically don’t even count them as crimes anymore.

What about the health risks involved in the use of these gadgets?
Starting from the eye problems to the ear defects and even health hazards you’re ignorant about.
Backlight from screens of your gadgets obviously strain your eyesight but despite that knowledge, you still spend long hours on the phone
What about when automated messages warn you about the danger of increasing the volumes of your speakers to the highest and go still go ahead to increase it! The dangers of nonchalance!
You have all at one time or the other heard of what could happen to if our phones are used close to cooking gas,yet you chose to play music,chat or even use the phone’s torchlight while cooking.

I personally witnessed the disgraceful fall of a young man sometime back. He was walking on a roadside with earphones plugged in and with full concentration on whatever he was doing on his phone. It was as if he blocked the entire world out. I was still wondering on how engrossed one could be with their phone on such a busy lane when he missed a step and fell headfirst into a roadside seller’s bowl of garri.
It was a humorous and pitiful sight but fact still remains that addiction to your phones and their accompanying gadgets can cause this and more.

So,I’ve observed and come to the conclusion that too many problems in our society today are one way or the other linked to the social media.
I mean,imagine getting all hiked up about how much of a failure you are because someone somewhere posted their new ride on the gram.
Personally, i just feel like this social media palava is a self inflicted headache.
Come to think of it,we don’t even know what goes on behind all the glitz and glamour or what story and journey brought about it all. This brings an African adage to mind “Life is in seasons” but people do not want to take those seasons to consideration, we have allowed the social media to suck at our psyches like blood hungry ticks.
These things that we allow get to us are mostly façades but we have failed to see it.
The unfortunate thing is,they get to us so bad that they leave a rash for us to keep scratching even when we try to take our minds of it.
Harley_’Leaz ©2020 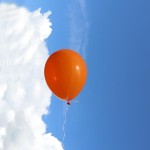